Associate of Science in Paralegal Studies

For a detailed account of our financial results please read the Shareholder Letter posted on our Investor Relations website. During the quarter the company ramped production of boosted amplifiers haptic drivers and a new smart codec in a variety of recently introduced smartphones and we are now shipping product into eight of the top 10 OEMs. While our largest opportunities continue to be associated with mobile phones we are pleased to be gaining momentum in other applications such as laptops tablets and digital headsets.

With an extensive portfolio of products available today and an innovative roadmap that spans audio voice and adjacent markets, we are excited about our future. Yes, thank you and congratulations on the strong results. Jason maybe first question is I know this is always very difficult but the sort of seasonality looks a bit different now versus other years.

Is this the new norm? Or do you have any other comment on how things are playing out seasonally in the second half? It's -- yes thanks for that. It's hard to call it seasonality and I don't know that there is such a thing as a new norm in this era. Certainly, it feels like there's strong demand. 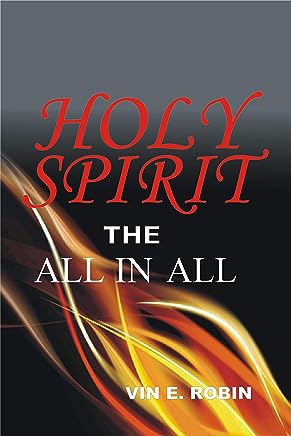 We've had years where we have been surprised and certainly, we are unable to ever rule that out. It would be nice if we could refer everybody to the risk factors for a discussion of such things in our filings.

It's the kind of thing we want to give guidance that's meaningful and relevant but there are definitely things that happen outside our control from time to time. That said we feel good. Backlog is strong. The outlook looks good going forward. We've largely lapped the headwinds that we have had over the past couple of years which have kind of masked some of the underlying really good things that are going on in the company. So I think we have got a strong lineup of good news that should be coming over the next year or so and is expected to get us back on more of our normal growth outlook.

So again it's hard to characterize anything as normal at this point. But we certainly feel good about the outlook going forward. Very good. And in your Shareholder Letter, you make reference to closed-loop controllers. I was hoping you could elaborate a little bit more on that. I mean my understanding of that is it's -- it sounds some sort of a sensor control but maybe you could elaborate what it means for you guys? And should we assume products to sell primarily again in smartphones there first?

Or are there any other applications that you want to highlight?

Antony and Cleopatra by William Shakespeare

Well, the particular device that we are talking about there is in a handset and we expect that to ship sometime in the next 12 months. I wish we could get into a little more detail about what it's for. The phrase closed-loop controller is not really meant to be a proper noun it's just kind of a description of a thing. It's kind of a further offshoot of some of the capabilities that we have developed in our audio amplifiers haptic controller is a good example of where we have taken that audio amplifier technology and repurposed it for a new application.

This is kind of something that's philosophically similar it's probably a little further afield even then the haptics stuff. It's not some we are traditionally associated with and just due to customer sensitivities, unfortunately, isn't something we can really get into a whole lot of detail about what it's about.

But it is meaningfully new content for us in the handset that actually matters. Just if you can sneak in one last one. You talked about reallocating some resources away from the MEMS business unit. Maybe you could just update us there? Are you just not seeing the progress that you want to see there?

Or there's just so many opportunities elsewhere that you want those engineers to work on those first. Well, it is a hard field my hats off to the folks who do MEMS well to the extent that there aren't many. It's -- they're a shockingly hard product line. Our team has made great strides and really moved the needle on our production readiness but at the same time, it's happened a handful of times in the company's past where we have -- we like to give the product lines enough room to operate on their own.

But from time to time we are just looking at such an overwhelming array of opportunities in front of us. We have to kind of step back and look at it at the company level. And the reality is we -- if we executed perfectly on MEMS going forward it still would be unlikely to be as good or as big of a return on investment as some of these other opportunities that we are looking at that are a little more core to what we are known to be good at that are a little sooner in time a little lower risk as well. So all that kind of factored into it. Certainly, we would have loved to gotten that to production long long ago.

But the fact remains we just have to balance our investment across our best opportunities. And at this point, MEMS has largely got eclipsed by some of the other stuff.

Hey, guys, thanks for taking my question. Maybe just following up on Tore's question you do a good job in your slide deck kind of given us this key of ranges of ASPs per product. Is there any way you can dial us some of this closed-loop controller opportunity? Even you say it kind of leverages some of the stuff you worked on with haptics that has a much lower ASP than codecs.


Is there any way you can kind of dial us in. I know you don't want to reveal everything but just the way to think about that opportunity on a ASP perspective. I mean it's probably a little -- it's smaller than a codec but I would say probably more valuable than an audio amp. It's really some -- it's kind of in that range. Again it's not something we want to get into a ton of detail given that we haven't really even given out what it's intended to do. That's helpful. And then maybe one for Thurman. I mean you get this question a lot.

Gross margins were up significantly in September. You mentioned cost reduction is a driver for that. Just -- obviously volume must have a big part of that as well given the huge speed. Just trying to understand in the guidance for December and kind of going forward here whether some of those cost reductions that you saw the benefit from should continue? Well, we are always going to be trying to maximize our gross profit margins. And so we will continue to do that. But when we talk about -- when you see a lower guide from us it's really about there's a lot of different movements. And I think you noted one higher volumes will allow you to absorb more costs and so you get a better margin out of that also a mix of different components at any given time during ramps and so forth you have variations in the margins on that and that can actually move the needle for us.

Thank you very much. Good afternoon, everybody. Jason, I wanted to -- you had talked in an earlier question about maybe some opportunities that would be viewed by the team as maybe lower risk and higher opportunity than some stuff in MEMS. And then obviously you've been -- you called out in the Shareholder Letter sort of a diversifying of the haptics wins that you guys have. If you could give us a little update there on -- is this vibration stuff for the normal application?

Is this buttons what is that? And then I guess longer term some update on where you're at with the voice biometrics effort that I know is a pretty big investment for the company. Well I mean I would say the kinds of things that we are measuring as we run through our kind of annual strategic investment kind of portfolio balancing process.

Certainly, haptics is a continuing investment for the company broadening that out including more of the whole system into the product to try to increase ASPs and simplify our customers' lives and make it easier to design handsets and so forth with this kind of technology. So certainly haptic is in the mix of things that we are investing in going forward.

So that's some of it. There's some kind of completely new greenfield-type of stuff that even beyond the closed-loop controller we talked about a question or so ago. So it's really kind of across the board of what we are doing. And it's -- I think it's just reflective of the time that we are in that so many of the things that we have thought about or heard about our whole lives starting with The Jetsons and so forth they're all turning into reality voice activation this and that voice assistance that are truly useful and there that drags with it a lot of whether it's awareness or intrigue about voice and audio or really tricky edge processing kinds of capabilities.

It's really a wide array of these things that appear to be coming at us and we appear to be really well positioned to capitalize on that. As far as voice biometric specifically it's still kind of early innings in the development of that market.